Paddling the river – find out what you can (and can’t) do if you want to use your craft on the river. 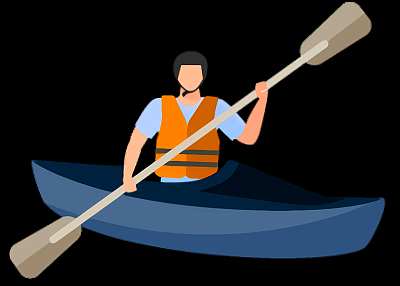 When it comes to paddling the river, like the vast majority of English rivers there is no automatic right of navigation on the River Gipping. These rights were lost when under the Land Drainage Acts of 1930, a Revocation Order was made in August 1932 to abandon the Stowmarket Navigation.

At that time, the riparian owners on either side of the river were given back all the rights (and obligations) that had been extinguished when the Navigation was created by Act of Parliament in 1790. Those riparian owners now own all the land on their frontage up to an imaginary line down the middle of the river.

British Canoeing believes, based on a wealth of historical evidence, that there is, at common law, a public right of navigation on all rivers which are physically capable of navigation. It is acknowledged that this position is firmly rejected by others.

What does that mean for people wishing to use any form of craft on the River Gipping? By craft we mean boats of any kind including rowing boats and canoes or kayaks. There are no special rules for canoes.

It means that no one may use any type of craft on the river without seeking permission from ALL the riparian owners on either side of that part of the river that they wish to traverse. And no, I’m afraid the River Gipping Trust does not have a list of those owners.

British Canoeing are campaigning “on behalf of the public, for fair, shared, sustainable open access on water.” but until the Government makes changes to the law or some legal precedent is set there is no automatic right of navigation on the majority of English rivers.

We have discussed this issue with a few of the riparian owners along the Gipping and the major objection to people crossing their land to enter the river seems to be the fact that the owners are at risk of being sued if anyone has an accident whilst doing so. They do not carry insurance against such a risk so they are not willing to make any exceptions.

The law relating to trespass also has to be considered. Except under special circumstances, trespass is not a criminal offence but a civil one. The legal definition is “trespass to land consists of any unjustifiable intrusion by a person on the land in possession of another. It is actionable in the courts whether or not the claimant has suffered any damage (unlike other causes of action in civil law).” It follows that carrying a craft across private land is trespass. Whilst it is unlikely that any riparian owner would go to the lengths of civil action against someone walking on their land, it cannot be ruled out.

To see a briefing paper from the House of Commons have a look at trespass and the law.

From the forgoing you can see that the River Gipping Trust has no legal rights or duties when it comes to using the river for boating.