Restoration at Baylham By Ipswich IWA

Following the successful completion of their work at Creeting, the IWA branch decided to move downstream again, bypassing Pipps Ford for the moment and starting work at Baylham. Back in 1995 the branch had carried out some clearance work around the lock but no large scale restoration. A few pictures of that work are in the gallery below.

The branch had been told that the entire curtilage of the mill and lock was Grade II listed. When they checked with the council responsible for Creeting they had no record of the listing even though the Environment Agency insisted that it was listed. Because the parish boundary runs through the middle of the lock it turned out that the other parish did have it listed! From that very inauspicious start Colin Turner the Work Party manager knew he would have to do a huge amount of preparatory work before digging the first shovel full!

The site (including the lock) was owned by the Onians Trust so the first step was to discuss with the Trustees what they wanted. That was Colin’s next hurdle. The Environment Agency insisted that they owned the lock so for 11 months he waited for that argument to be settled. The EA would not send the forms for Land Drainage Consent whilst this was going on so in the end Colin started the appeals procedure with the EA. He finally got the forms and applied for LDC. That appeared to be the end of the argument and then they were told they would also need to apply for planning permission and listed building consent and carry out an archaeological survey! Finally after 18 months of protracted arguments, a forest full of paper and plenty of money to grease the wheels of bureaucracy they got the go ahead.

During talks with the Onians Trust it became clear that the most pressing job was to rebuild the retaining wall around the mill. This had fallen into the river and the mill was in imminent danger of collapse as  erosion continued to undermine the bank. The delays mentioned above hadn’t made the situation any better. The pictures below give some idea of just how bad it was. The branch agreed that they would undertake the repairs to the wall if the Trust would give them permission to restore the lock as soon as the wall was complete.

The Onians Trust also agreed that the branch could have the use of a large shed on site. This could be converted into a workshop, tea break area and tool store. You can see the Work Party Manager, Colin Turner starting to remove the plant growth!

It became obvious to the branch committee that the small band of workers in the branch could not hope to complete both the wall and the lock without calling in extra help. Whilst waiting for the various permissions Colin started planning a Waterway Recovery Group (WRG) Work Camp for the following year. Just to add to his troubles the branch also decided to create the River Gipping Trust which meant getting agreement from the Charity Commissioners and Companies House. The Trust was created in May 2007 and the first WRG camp ran in August 2007.

The story of IWA involvement with the restoration of the Stowmarket Navigation now comes to an end and the River Gipping Trust takes up the reins. Although that isn’t strictly true as it was the same people but all wearing a different hat! 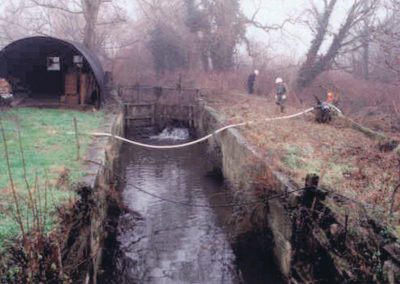 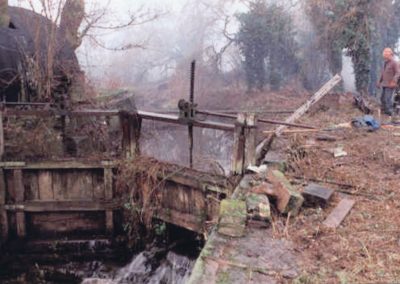 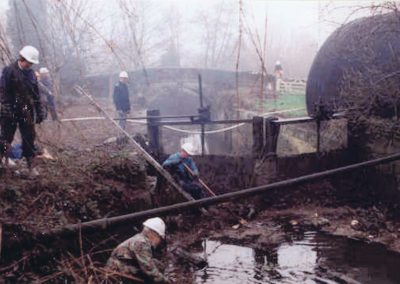 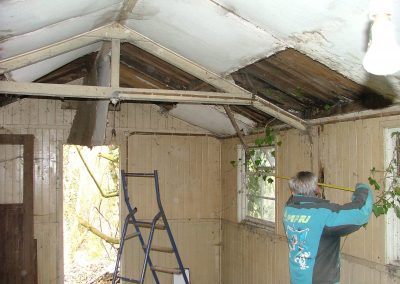 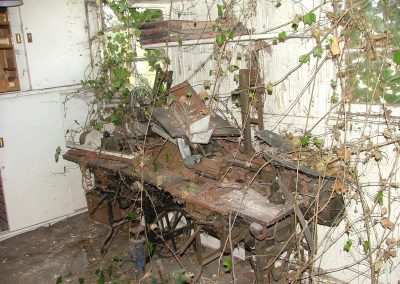 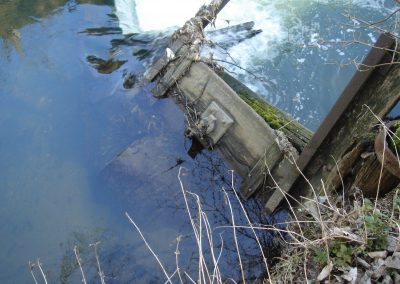 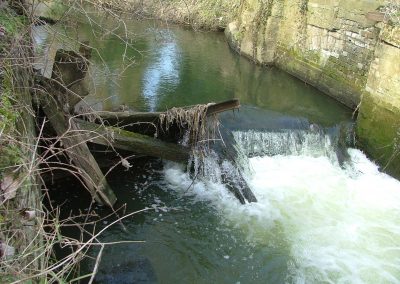 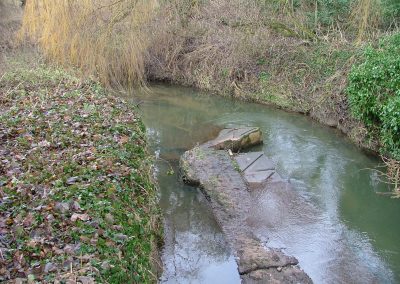 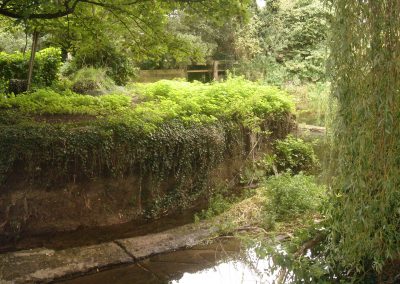 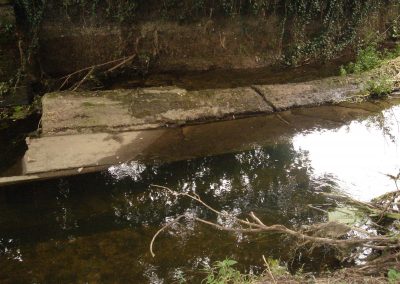