What happened before the Trust?

Well, quite a lot actually. The Ipswich Branch of the Inland Waterways Association (IWA) were extremely active in restoration work along the river. They were closely involved with Suffolk County Council in the creation of the long distance footpath between Stowmarket and Ipswich now known as the Gipping Valley River Path. It follows the original towing path and only moves away from that line in a couple of places at Paper Mill Lane near Bramford and where a bridge across the river no longer exists at Baylham. (The Trust are currently raising funds to replace that bridge.)

After the footpath, the next major project undertaken by the IWA was the restoration of  Bosmere Lock near Needham Lakes.

Work started in 1994 and these pictures give just a taste of what was involved. The first task was to place 10 tonnes of sandbags at the top of the lock to divert the water before they could start clearing out the mud and debris of nearly 100 years of neglect. The first sandbag dam got washed away when the river flooded. When they got to the side walls of the lock it became clear that they were beyond repair and would need a complete rebuild. 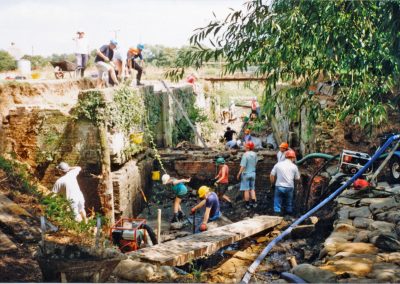 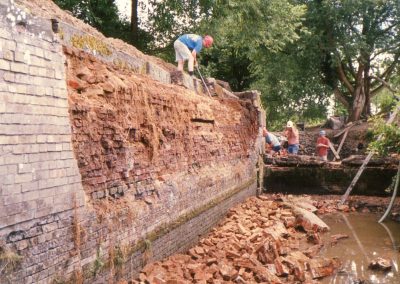 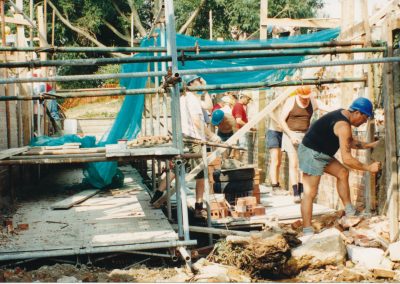 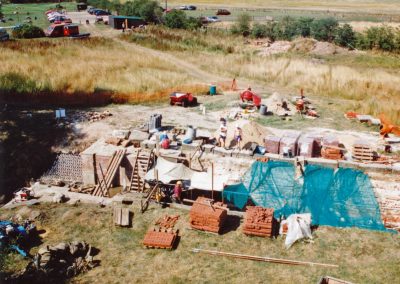 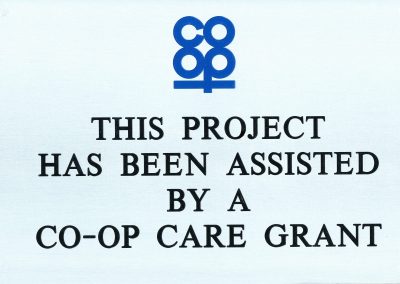 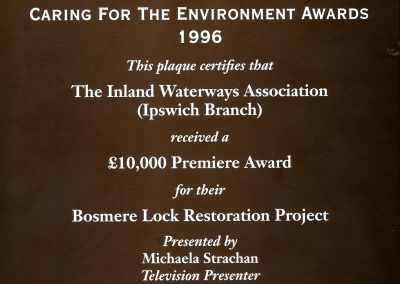 The lock area was transformed into a building site during the 3 years it took to finish the job. The largest part of the workforce was made up of volunteers from the Waterways Recovery Group who came from all parts of the country, living in a local village hall for two weeks each year and working like the navvies who built the lock in the first place! The IWA Branch received two prestigious awards for their conservation work.

Anglia Television mada a short news piece about the work in 1994 which you can see below.

The next large project was Creeting Lock restoration.